Juggling realism, surrealism and even pantomime, The Late Walter Benjamin sets Benjamin’s words, life and death against the back-drop of a working-class council estate in post-war England. Central to all is a certain Mr O. E. Tal, a man who appears to think he is the late Walter Benjamin. 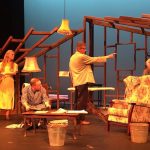 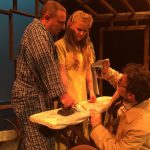 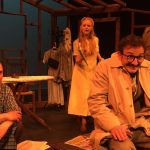 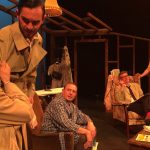 The Late Walter Benjamin/Nowhere Near London was given its premiere in the main auditorium at the Watford Palace Theatre on Monday, July 4th 2016.

The play is set in 1948 on one particular London-overspill new town (where the author, John Schad, grew up) and incorporates extensive verbatim use of numerous local historical sources including some testimonies from estate residents.

‘Set partly in Watford and partly in the haunted wing of the English language.’ (Ian McMillan, on BBC Radio 3’s ‘The Verb’)